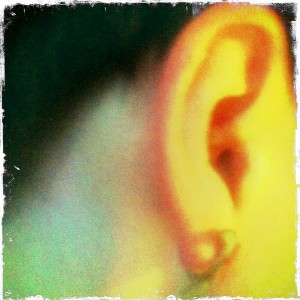 What does it mean to you when you hear the phrase ‘in a relationship’? That’s a love and sex relationship by the way, not your common or garden human interaction.  Does it represent security to you? A team? Validation that you’re a good person because you’re worthy of someone’s affection? Or does it scare the bejeezus out of you?

To some people, being in a couple is so vital to their existence that it’s like oxygen.  To others, it’s a happy diversion.  To yet more still, it represents a compromise between independence and partnership.  The final few dregs of humanity left over are generally so bad at relationships it’s nothing short of humiliating.

I should point out now that I’m a terrible girlfriend.  I veer between paranoid clinginess (always attractive) and startling apathy and annoyance (‘why is he phoning me again??’).  Actually, I usually start with the apathy, then the moment I’ve decided I actually like the guy, slide into the clinginess, and it’s round about then I find myself on the receiving end of an ‘It’s not you, it’s me’ speech.  I am, of course, well aware that whilst it might be a little bit them, on the whole it really is me.

Relationships puzzle me to the extent that I think I’m better off single.  I don’t know how to do them, or at least how to be good at them.  I’m not looking for pity, or trying to boast about my crazy Miss Haversham-style, gathering dust up on the shelf credentials: I am genuinely terrified by the idea of being in a couple.  I know terrified is a strong word but for me it seems to be the right one.

I’ve spent a lot of time over the years trying to figure out who I am (very deep, I know), so it scares me when I see friends change themselves in a new relationship.  OK, I may have once pretended to like Bob Dylan more than I actually do, but changing your whole persona for someone else seems so wrong to me.  And it’s not solely restricted to new couples.  It’s painful to watch a friend dancing attendance around their other half, putting their demands before anything else.  I want to shake them and ask what the hell they’re doing.  I know how terrible that sounds, I know it sounds like I’m jealous and perhaps on one level I am, but it makes me angry and I don’t like the idea of having to compromise who I am to make someone else like me… surely the person I am should be enough? (That’s a rhetorical question by the way; don’t feel you have to answer).

(Bear with me a mo while I climb aboard my soapbox)

I think one of the reasons I am so… confused, I suppose, about the R word is the conflicting views I’ve been fed through time…

2.       You must be a good female role model and prove that you don’t need a man (or woman) and progeny to define you.

4.       Marriage is rubbish, eventually you will become two bitter husks that make each other miserable.

And just to baffle me further, it’s often the miserable marrieds saying I have to get a boyfriend.  If I say I don’t want one they look at me with pity.  Pity!

So I guess what I’m asking is, Why is a relationship so important?  I have my friends, I have my pets, I don’t like sharing the duvet and I’ll doubt I’ll ever sit through a Leonard Cohen concert and pretend I’m enjoying it.  I’m not saying relationships are unimportant, but equally I don’t see why there’s so much pressure on me to be in one.

Recently, I was having one final, painful conversation with a friend with benefits – I wanted to know if we were ever going to be more than f**k-buddies.  Even as I was asking him the question, at the back of my mind I knew it wasn’t what I really wanted.  Add to this the older couple I know living apart for the first time in 40 years (not separated, but living separately): she is absolutely loving it, thriving at being able to live her life the way she wants to for the first time since the 1970s. Given these two instances I’m fairly sure being somebody’s girlfriend is definitely not the way forward for me at the moment.

I’m sure this will come back and bite me on the bum one day soon.  I’ll be swept off my feet by some bloke who wants me to wash his socks and I’ll sit there pretending to like Steven Seagal movies just to keep him happy.   But in the meantime I think I’ll remain cautious and observe the couples from afar: please don’t make me feel like a leper for doing so.