Tearing off a strip 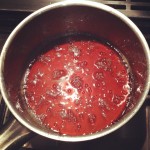 Austerity measures are in place in the B&H household. Budgets have been drawn up. Certain parties (ahem) have vowed to not be quite so profligate with money. There is a distinct whiff of penitence in the air.

But for each item we have ruthlessly slashed from our budget (newspapers, meals out, the prospect of a holiday ever again), there is a sister item that refuses to to be cut. Take, for example, hair removal. I am used to happily trotting down to my local waxing parlour once a month to be thoroughly defluffed. This may now be £35 we can’t afford, but that doesn’t mean that I’m willing to let my lady garden fall to ruin.

A bikini wax is something I just can’t live without. I routinely receive lectures from other women that this is not the case, but I can only assume that they have a lot less public hair than I do. Left to its own devices, my bikini line extends halfway down my thighs. I would like to say that this is a joke, but it is not. If it is slightly thinner around the edges that it used to be, then that is due to years of devoted waxing. On the rare occasions I’ve tried to grow it back, I’ve developed thrush from the sheer heat it generates. I concede that no-one ‘needs’ a Hollywood (great to have the choice, though), but without my bikini wax, my pubis would resemble Brian Blessed after a particularly heavy night out.

So, there’s only one thing for it. Herbert will have to become my waxing technician. I ask him if he’d mind.

‘Of course not,’ he says. ‘It sounds quite entertaining, actually.’

Entertaining for you maybe, Herbert. Come Sunday afternoon, I spread an old sheet over the bed, and make up a batch of sugaring wax (see recipe below). I have taken the precaution of buying proper spatulas and waxing strips, and I lay these out on a tea-tray covered in newspaper. As a final touch, I bring in my desk lamp so that he can see what he’s doing.

‘Right,’ I say to H, ‘Spread the wax in the direction of the hair growth and smooth on the strip in the same direction. Pull it off in the opposite direction, but not upwards. Parallel to the skin.

‘Okay,’ he says, ‘I’ll just switch the tennis on to keep us company.’

I’m not sure this is a good idea. H is a tennis junkie, and in a battle for attention between my crotch and the ATP finals, I’m pretty sure I’d lose.

Nevertheless, I lay on my back and bend my legs outwards, revealing the full splendour of my thigh fuzz.

‘Well,’ I say, pulling up my knickers, ‘you see the line where the hair goes from thick bush to wispy hair? That’s the line I want you to follow. Make sure it’s a triangle.’

‘Fine,’ says H, sunnily. He layers on a thick line of wax, smooths on the fabric strip, and then pauses dramatically before ripping out a big clump of pubes.

‘Ouch!’ I say. ‘Do you think you could avoid the long pause before you pull it off? It makes me nervous.’

‘That was brilliant,’  says H. ‘So much came off in one go. Look!’ He waves the strip under my nose and I see an alarming amount of black hair.

‘Don’t worry,’ says H, one eye on the telly. He smears on another streak of wax and tears it off.

‘I’m following the line of your knickers, but you keep moving them in!’

‘I’m moving them out of your way.’

‘Oh,’ says H. He peers in. ‘Problem is, there’s still a big patch covered in wax. Shall I just take that off anyway?’

This would mean losing most of my public hair, and I don’t fancy getting H to wax around my labia. ‘No,’ I sigh, ‘I’ll have to try and shower it out. We’ll do the other half in a minute.’

In the bathroom, I find that the right hand side of my pubic hair is a series of waxy dreadlocks. I shampoo them, but nothing seems to budge, so I begin to tug at the wax, hoping to loosen it. This leads to a huge line of hair tearing out in my hand. ‘Flaming Norah,’ I imagine Keeley, my usual waxing technician, saying. I can’t help but agree with her. I wish Keeley were here now. She’d be able to sort this out.

‘Right,’ I say to H, returning to the bedroom. ‘You’re just going to have to try to make this even. No-one will see the wonky bits but you anyway.’

‘Yeah,’ says H, ‘But I might find that a bit distracting, now that it’s my own handiwork.’

All I can hope is that I don’t have to show it to the midwife next week.

I learned to make sugaring wax from an Iraqi friend when I was a teenager. It’s pretty simple and dead cheap. You can buy 100 fabric strips from Amazon for about £4 (we used about 1/3 of a pack, but I’m sure we’ll learn to improve on this rate), and 100 spatulas for about the same amount, although you only use one per session. That means my bikini wax cost about £2.50. Bargain. Clearly you could cut this cost if you had an old sheet you could cut up instead.

2. Bring to the boil, and let it bubble away for about 10 minutes, stirring regularly. You have to stand over it to make sure it doesn’t boil over.

3. Gradually, it will thicken slightly, and become darker (see pic above). Test it in a glass of cold water – if it disperses, it’s not ready yet; if it stays together, and is pliable to the touch, it’s ready. Because it’s basically a caramel, you can also taste it at this stage – it takes on a toastier flavour when it’s done. N.B. while still hot, it will feel too thin to be used as wax. Have faith.

4. Take it off the heat and cool for 30-45 mins before using – test a small patch of it on your wrist before smearing it on! If it gets too cool and hard while you’re waxing with it, you can ping it in the microwave for 10 seconds or warm it in a bowl of boiling water, but make sure you test the temperature before you use it again.

14 Responses to Tearing off a strip