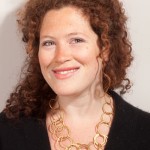 Today’s guest post is from Zoe Strimpel, author of The Man Diet, which follows her quest to free herself of bad dating habits. You can find Zoe’s blog here.

I’ve never been very good at food diets. But when it comes to following the different sort of diet prescribed in my new book, The Man Diet: One Woman’s Quest to End Bad Romance, I thought I was doing well. My motivations, you see, are greater than shedding a few centimetres around the waist (though that would also be much appreciated). They are about feeling good inside by cutting down on “junk food love”: Facebook stalking binges; callous sex; obsessing about men with friends, for example. The stuff that it’s hard to avoid, but that makes us feel like crap and erodes our self-esteem, just when we should be flourishing most.

But even the desire to be good to myself, to be the best woman I can be, has not kept me on the straight and narrow recently. I admit it: I’ve fallen off the Diet bandwagon once or twice in the past few weeks – and, unlike after a chocolate cake moment, I’m not licking my lips for more. In fact, I’m regretting my slip in resolve quite bitterly

The slide from grace began two weeks ago when I had arranged to see a guy for a drink. We’d met once at a dinner, and I’d followed up (breaking one of the 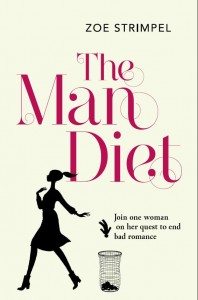 rules of the Man Diet right there: No Pursuit). He acquiesced with charm and before we knew it, we were the last ones in the restaurant, draining a bottle of cava. We moved on, then, to the Groucho Club. Here, despite having had far too many drinks (breaking still another rule of the Man Diet: Cutting Down on Booze), he ordered us another. Then another. Suddenly we were kissing. It was terribly exhibitionist, but by this point I felt that my limits had dissolved in alcohol; and the inevitability of going home together felt overwhelming. A voice in my head said: “This is not going to be healthy for you. Sleep with him and feel rotten tomorrow when he shows no interest.” Echoing the voice was the question: “Why? Why do this?” My answer was that in addition to his being good looking and fun, a trophy of sorts, I felt it would be boring to pull out now.

And so the inevitable happened. A night of of pleasant-enough but ultimately forced passion ensued – forced being the only type of passion that happens when two people aren’t particularly enthralled by each other or bonded by insane chemistry. As he kissed me goodbye the next morning – I do have to hand it to him for his displays of affection even in the cold light of day – the arbitrary, programmatic nature of that kiss and the preceding ones hit me with a dull thud. This truly was anti-romance, and worse, now I had to put up with the deafening silence that would follow his exit (in addition to the hangover throbbing in my temples).

A few days later, I had an email from him, saying he would maybe see me “one day” again, but generally he was not comfortable with post-sex meetings with women he had no intention of dating. I felt crap and rejected, despite not wanting to date him either. I was also aware that I’d put myself in this situation and had nobody to moan to but myself.

See, one of the big problems with junk food love is that it is addictive. So having had one unsatisfactory experience, I quickly sought another to erase the bad taste left by this encounter.

I sought it with a truly hot guy, a friend of a friend. I was abroad and looked him up in his hometown. I had entered our meeting without expectations, but after three hours of intense conversation, and several drinks, I felt it would be a “waste” not to push it further. So further is where it went. Turning this encounter into a spot of junk food love was a particularly bad choice because I liked this guy. He was interesting and complex as well as really good-looking. But instead of leaving our evening with a “nice to meet you”, a peck on the cheek and the chance for it to develop into something real, I pushed it into the sexual sphere for validation. Why, I reasoned tipsily, have a hangover with nothing to show for it?

But as with so many men, the disjoint between night and day was as harsh as ever. Hot Man was all sweetness before the bedsheets were parted: as soon as the sun rose, the game changed vampire-style, and it was a case of hustling out to work as quickly as possible. Our delicate, new intimacy couldn’t withstand the flip from boozy, candle-lit night to factual, non-sexy day, though I wished it had. So, sitting in the taxi in last night’s clothes, I felt uncomfortably bloated on junk food love, and not a little melancholic.

There’s one upside to these encounters: they have reminded me just how useful the Man Diet is. My next step? Taking a leaf out of my own book.

The Man Diet was published by Avon on 30th November as ebook, with paperback to follow on 22nd December.