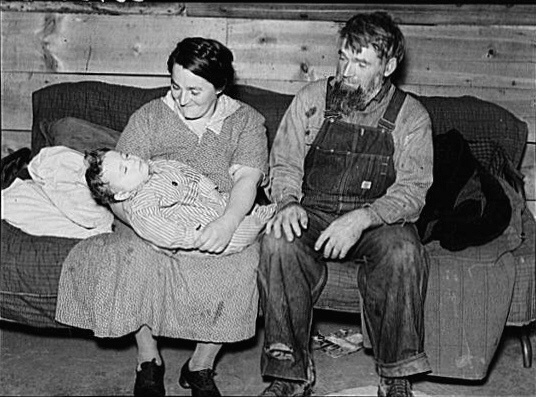 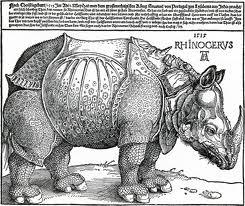 On New Year’s Day, I found myself in casualty with decidedly iffy blood pressure. While she hooked me up to an ECG, the nurse tried to distract me with some light conversation.

‘So, do you know if you’re having a little boy or a little girl?’ (Can I say here and now: we don’t need to use the word ‘little’, people. Babies tend to come out rather small).

‘We find out next week.’

‘Oh really? I didn’t find out with mine. I wanted a nice surprise. All the midwives say that you push harder if you don’t know the sex!’

I find it hard to imagine being overtaken with such ennui that I couldn’t be bothered to see through labour, just because I knew whether the baby had a penis or a vagina – and believe me, I am generally susceptible to ennui. But more than that, both of us felt that the information was out there, and so we ought to know it to. We hated the idea that the sonographer might know the sex of our baby while we didn’t. We also thought that it might be more efficient to only agonise over one list of names, rather than two.

As it happened, finding out we were having a boy has meant a great deal more to us than that. Initially, we were both struck by the feeling that it got us no closer to understanding this mysterious person who is about to change our lives so radically: it told us nothing about his personality, his tastes or his feelings.

But within days, he had acquired a womb name, which seemed to spring from nowhere. One moment, we were going though all the names in our respective families, and laughing at monstrous possibilities of names like Albrecht, which abound in H’s Swiss relatives. The next, we were saying, ‘Oh, Albrecht’s on the move,’ or, ‘What colour shall we paint Albrecht’s room?’

This had caused a few raised eyebrows amongst friends and family, and we’ve got used to explaining that we’ve settled on Albrecht for now because it’s the one name we’re absolutely certain we won’t choose when he’s born. Yet we’re both quietly getting rather cosy with those stacked Germanic consonants. It’s got a ridiculous grandeur to it that’s rather sweet. Herbert is now openly wondering if it wouldn’t at least make a good middle name.

I was pretty certain that we wouldn’t adopt a nickname for the baby before he was born. To be honest, we just couldn’t think of anything (unlike our friends, all of whom seemed to come up with something witty and apt, like The Bun, The Tadpole, The Bean and The Squidge). I tried to make The Homunculus stick for a while, but it wasn’t going anywhere. Too ambitious, as ever.

And yet ‘Albrecht’ has done a lot more for us than just making conversations easier. Somehow, with a name, he’s become a person, too. In the time since that 20-week scan, so many of my early fears have fallen away. I no longer agonise over whether my life will be destroyed; I no longer worry that I won’t manage to bond or do a good enough job.

Meanwhile, Herbert seems to have found it easier, too. He’s been able to think about the things that they might both enjoy together, and the things that he wants to offer to his son. He is developing ambitions and desires around this future life. Maybe this would all have happened anyway as the pregnancy went on, but there has been something about having a name that’s eased the transition for us. Now that we’re imagining a person rather than a screaming baby, we’re looking forward to meeting him. We’re no longer afraid that we won’t bond, because we’ve already started the process.

If anything, I will probably push all the harder now that I know the sex of my baby. Hopefully, we’ll find something a bit more suitable than Albrecht to name him; but then again, I realised yesterday that he would have the great artist Albrecht Durer as a namesake. And if nothing else, at least it’s unique.

Bump-feeling and other unexpected pleasures

I am not a social kisser.

I am English, and we simply have no social conventions for it. It is therefore an unpleasant moment of embarrassment for all concerned – how many? Where? When? In fact, because I hate it so much, I routinely end up mis-timing the social kisses that I’m obliged to endure. I once licked a colleague’s ear due to a mis-kiss. More than once, I have kissed vague acquaintances squarely on the lips for the same reason. The whole thing is an endurance and ought to be banned.

Basically, I’m not keen on physical contact with anyone but my very nearest and dearest. Even handshakes sometimes leave me wondering if we couldn’t have got away with a respectful nod. So, I naturally assumed that I would hate bump-feeling with a passion.

I had been warned: strange old ladies leaping out from behind the racks at Marks and Spencer to grab you in the middle. Inappropriate advances from colleagues. I even took the precaution of tweeting: ‘If anyone tries to touch my bump, I will fucking bite them.’ Actually, that might have been in capitals. You can’t be too careful.

But then, it happened to me. I was standing in a cafe, waiting to be served. The woman next to me began to chat, I mentioned I was pregnant, and she got all excited and immediately reached out and stroked my emergent bump.

And the weird thing was, I liked it. It was sort of sisterly and appreciative, like I was a cake, and she couldn’t resist tasting the icing. It was totally sincere. After months of feeling sick and generally awful while having nothing to show for it, it felt good to be allowed to see pregnancy as a privilege, something that was an objectively exciting thing. I felt a little bit like I was being welcomed into a community in which my experiences of the world were acknowledged.

We don’t do much to mark rites of passage in our society. In fact, we deliberately turn a blind eye as childhood segues into adulthood, afraid as we are of drawing attention to that burgeoning fertility too soon. Sure, we celebrate weddings, but quite rightly we don’t expect it to form any sort of a community; I’ve no more in common with other married folk than I have with someone single.

Since I’ve been pregnant, I’ve noticed that I get treated more kindly by the people around me. Complete strangers go out of their way to ensure I’m alright. I’m almost invited to feel vulnerable, if that’s what I want, and I’m hugely grateful for it, because the whole experience has left me feeling a bit more pathetic than my usual self. And, for the first time in my life, I feel as though a rite of passage is being marked – not in any fixed, ceremonial way, but through a multitude of small gestures that acknowledge the changes I’m going through.

Now that the baby is moving inside me, having a bump is rather fun. I can now independently feel that he is fine as he swooshes around, without needing a medical intermediary. It’s endlessly fascinating (and a bit appalling) to see it growing every day; Herbert and I amuse ourselves every evening as I get undressed by declaring, ‘Bloody hell, it’s enormous! Surely it can’t get any bigger!’ ad infinitum.

What I really want to say, constantly, is I’m pregnant in thousand different voices: I’m pregnant (wonder); I’m pregnant (terror); I’m pregnant (excitement); I’m pregnant (queasiness). In any other context, this would be considered a bore; but instead, those who understand it because they’ve been through it themselves, all conspire to say it back to me: you’re pregnant! they say in chorus, and it feels like a blessing.

Now, I’m inclined to invite a little bump-feel, just in case people are too shy to ask. ‘Would you like a feel?’ I say, in the same way that I will, in a few months’ time, say, ‘Would you like a hold?’ Maybe one day, my own fingers will twitch to feel someone else’s bump, just to ignite the memories.

The earliest dream I can remember involved boil-in-the-bag babies.

I dreamt my mother wanted a new child, so she bought it from the supermarket, a small, square frozen lump in a plastic bag. My grandma put it in a pan of boiling water, and we all stood around enthralled as a baby unfurled. I remember watching its eyes open, and its teeth pop into place, one by one.

It occurred to me yesterday that I was still clinging to the idea of the boil-in-the-bag baby, frozen in stasis, ready for the moment I wanted it.

My plan to freeze my eggs has failed, you see. Yet again, my insubordinate body has refused to make things easy for me. I just don’t have enough of the right sort of hormones at the right time to make the grade. Unsurprising, I suppose, but strangely undermining all the same.

For me, the option of freezing eggs was a wonderful luxury, while it lasted. It allowed me to carry on being indecisive while my fertility inevitably declined.

I hugely envy the women and men who are sure when the time is right to have children, or who, alternatively, are absolutely certain they don’t want them at all. I’ve just never felt like that. I’ve never felt the urgent pull of ‘now’, and yet I can’t bring myself to say ‘never’.

The best I can manage is ‘later, if at all’, but I can see that I’m going to be allowed that. However much I want it to be the case – and I don’t believe this is a moral issue, just a matter of physical possibility – I don’t have the option of storing away my babies in the freezer, ready for a potential future defrosting.

And after I’d finished crying to Herbert about my stupid, bastard luck, those limited choices suddenly seemed refreshing. There’s something exhausting about putting things off indefinitely.