I’ve been promising to do this for ages, and I’ve finally got round to it. For those of you who are interested in such things, this is what it’s like to have your book translated into other languages. Sadly, it involves no globe-trotting on my part.

52 Seductions out now in the US!

It’s been a long wait, but US residents can finally buy 52 Seductions without finding weird work-arounds.

To celebrate, I’ve revamped 52Seductions.com, and added an introductory guide for American readers.

Do take a look. And tell all your friends. (I fear my English embarrassment about self-promotion won’t quite rub in the States). 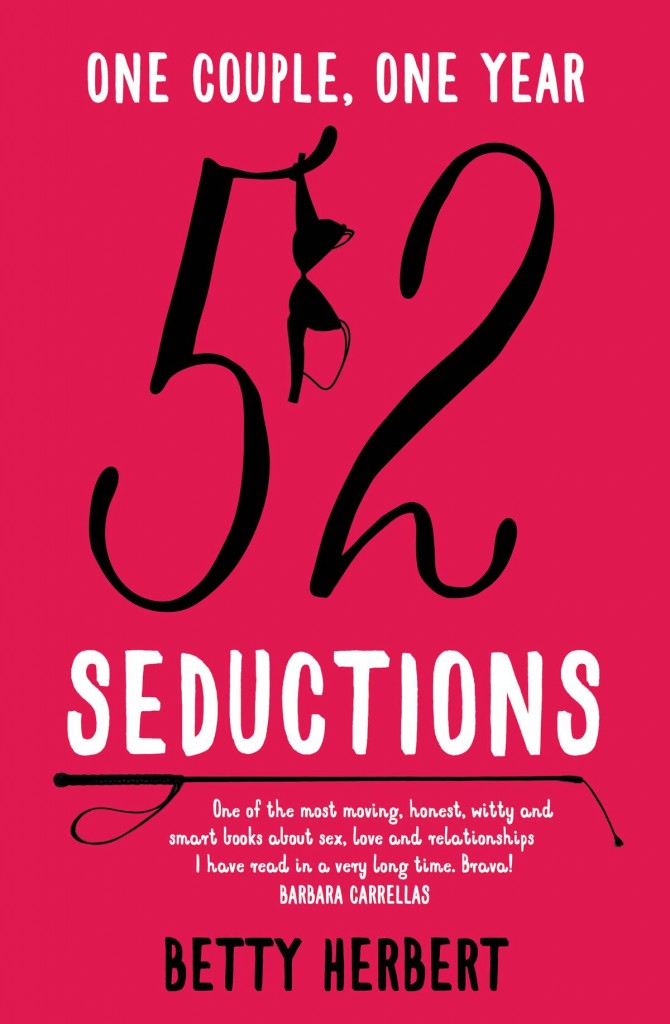 Just how gorgeous is the cover of the Israeli edition of The 52 Seductions? 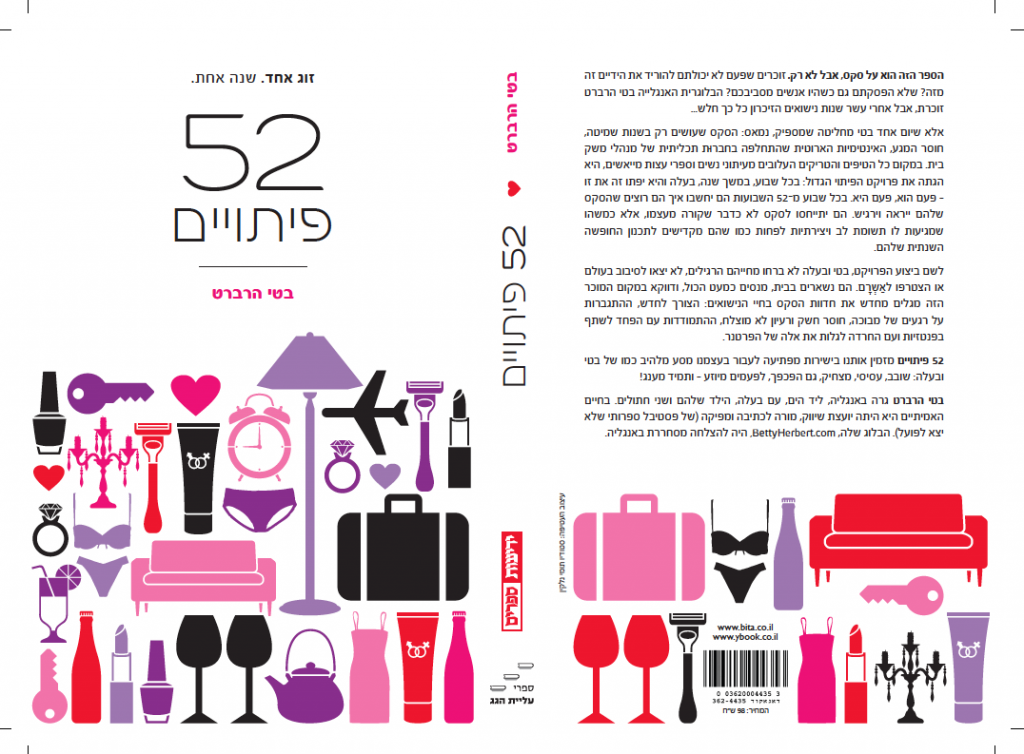 But what on earth does it mean? It’s a very strange feeling to see your own words translated into an alphabet you don’t understand. Herbert had a solution – he ran it through Google Translate. And this – rather wonderfully – is what it said…I’m pretty sure the real thing makes more sense!

One pair, one year. 52 Temptations

This book is about sex, but not only. Remember that once you could not keep their hands off it

It? Do not you stop even when there were people around you? English blogger Betty Herbert

Remember, but after ten years of marriage memory is so weak …

But one day Betty decides enough, enough: sex does only in fallow,

Home. Instead of tips and tricks all poor women’s mags and books of advice despairing, she

Conceived the project of great temptation: every week, for a year, her husband and she’ll seduce each other

– Time is, time is. Every week from 52 weeks they think how they want sex

Their look and feel. They treat sex as something not happening by itself, but as something

Deserves attention and creativity they devote at least as vacation planning

For implementation of the project, Betty and her husband fled their normal lives, not out of round the world

Or joined not see from that. They stay home, trying almost everything, and just at the seller

That are rediscovering the joys of marital sex: the need to innovate, overcome

The moments of confusion, lack of appetite and a bad idea, to cope with fear

Fantasies and anxiety to discover those of the partner.

And her husband, naughty, juicy, funny, even temperamental, sometimes sweating – and always delicious!

Betty Herbert lived in England, near the sea, with her husband, their son and two cats. Alive

She was a real marketing consultant, writing teacher and producer) of no literary festival

Executed (. Her blog, BettyHerbert.com, was a huge success in England.

The lovely Sofie R from Tel Aviv has generously translated it properly for us all to enjoy. Here’s what it really says:

One pair, one year

This book is about sex, but not only. Remember that once you could not keep your hands off each other? That you did not stop even when there were people around you? English blogger Betty Herbert remembers, but after ten years of marriage this memory is so weak…

Instead of all the poor tips and tricks written in the women’s magazines and despairing books of advices, she conceived the great temptation project : every week, during one year, her husband and she will seduce each other – He in his turn, she in her turn. Every week of the 52 weeks they will think how they want their sex to look and to feel like. They will treat sex as something not happening by itself, but as something which deserves attention and creativity, at least as much as is devoted to planning their annual vacation.

For implementation of the project, Betty and her husband did not fled from their normal lives, nor did they go for a tour around the world or joined an Ashram. They staid home, and while trying almost everything, they rediscovered the joys of matrimonial sex:

the need to innovate, to overcome the moments of embarrassment and bad ideas; lack of appetite for sex, coping with the fear of sharing your fantasies and the anxiety to discover those of your partner’s.

52 temptations invites us with surprising directness to make for ourselves an exciting journey just like Betty and her husband did : naughty, juicy, funny, even temperamental, sometimes sweating – and always delicious!

Betty Herbert lives in England, near the sea, with her husband, their son and two cats.

In her real life she was a marketing consultant, a teacher and a producer ( of a literature festival which has not been executed).

Her blog, BettyHerbert.com, was a huge success in England.

Thank you so much, Sofie!