Sex After Baby – A Status Report 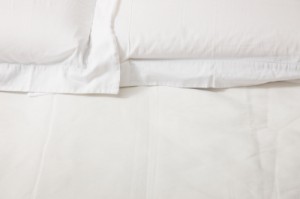 I am sitting in a restaurant, largely minding my own business. Bert is busy making some kind of a paste from a corn tortilla and a large quantity of dribble. The usual conversation strikes up with the women on the table next to me: Isn’t he bonny? What a smiler! How old is he?

And then, apropos of absolutely nothing, one of the women leans over and says, ‘The sex gets better after they turn two. You can pretty much forget it until then.’

By the time I have gathered my thoughts, she’s up and out of the door. I’m kind of touched, really. She’s basically taken the trouble to answer the question that’s on everyone’s lips after they have a baby.

Because, honestly, the true miracle of birth is that people manage to get pregnant more than once. The post-partum world is replete with reasons not to have sex.

For a start, there’s the fact that your body has been subject to what looks and feels like a small explosion. Sure, the stitches have all healed up, but it appears that these days, my vagina has corners. It’s a totally different shape. I am optimistically hoping that this represents some kind of a pleasurable penile assault course, but I am frankly too afraid to ask.

That’s if you get that far. It’s hard to feel particularly sexy when you have such angry, red and extensive stretch-marks that it looks like someone set your pubes alight. A few people have suggested to me that they are ‘mummy marks’, ‘tiger stripes’ or just the outward manifestation of every hiccup and wriggle I felt when I was pregnant. Those people are idiots.

And then there’s the tiredness; or in my case, it’s better termed ennui. I have, quite simply, reached the limit of my niceness for the next year or so. All of my care and attention is being absorbed by one small being, and everyone else can suck it up. I just do not have the brain capacity.

But the thing that’s shocked me the most is that Herbert feels the same. It’s like we’re both a bit broken. All our adoration and desire is flying in one direction, and by the time we’ve managed bedtime, eaten dinner, cleared up, done the washing and finished our chores, the only thing that our feeble desire can cope with is a box-set in bed.

Every landmark that defined our adult lives has been swept away: the independence, the energy, the spare cash, the bodies that behaved in predictable ways. And here we are, adrift. We just haven’t learned yet how to make the transition from mummy and daddy to lovers.

If I were a different sort of blogger, I’d now be offering you ten top tips to get the sizzle back into your relationship. But do you know what? It’s fine. It’s entirely natural for sex to peak and trough over the course of long relationships. As long as there’s still a dialogue  – and some affection – it’s hardly fatal. Sometimes, life just doesn’t feel all that arousing.

That said, I don’t want to wait until the two-year mark to get my groove back. It just takes a while to get the hang of this, that’s all.

← Fame at last…probably not…
On Becoming Invisible →

9 Responses to Sex After Baby – A Status Report