Remember Ross’s list in Friends? The one that so wildly offended Rachel, spiralling us all into another thirteen seasons of R’n’R agony? Don’t tell me I could have just stopped watching. Retrospect is a wonderful thing.

Anyway, it turns out that Ross was not alone. The love list, it appears, is something of a cultural phenomenon. None other that Charles Darwin made his own list before he met his wife. In it, he agonised over the pros and cons of marrige, including the memorable rumination, ‘better than a dog in anyhow.’ 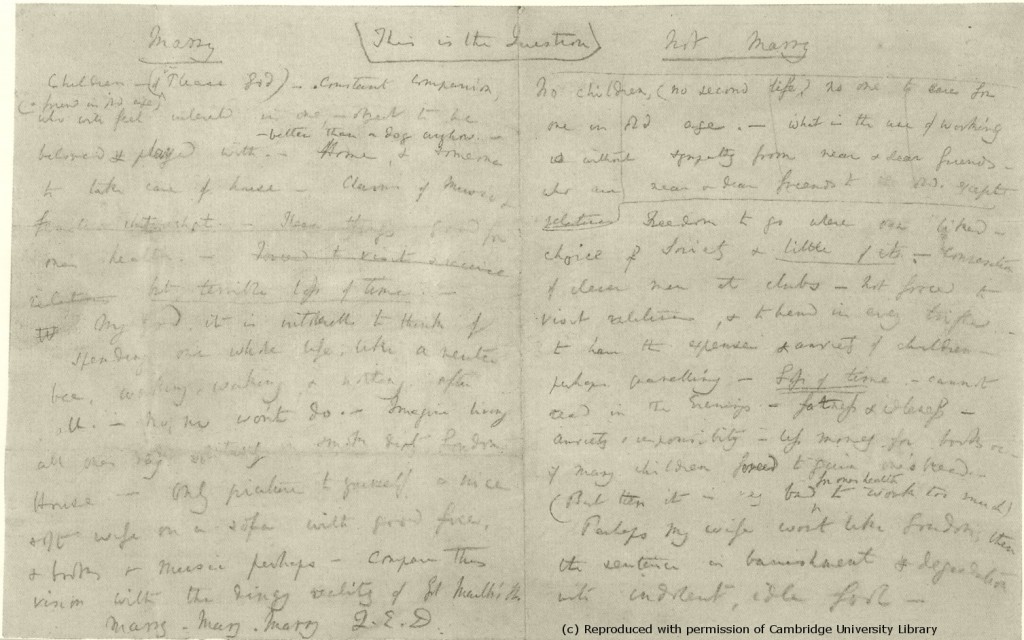 This is the question

Children — (if it Please God) — Constant companion, (& friend in old age) who will feel interested in one, — object to be beloved & played with. —  —better than a dog anyhow. — Home, & someone to take care of house — Charms of music & female chit-chat. — These things good for one’s health. — Forced to visit & receive relations but terrible loss of time. —

W My God, it is intolerable to think of spending ones whole life, like a neuter bee, working, working, & nothing after all. — No, no won’t do. — Imagine living all one’s day solitarily in smoky dirty London House. — Only picture to yourself a nice soft wife on a sofa with good fire, & books & music perhaps — Compare this vision with the dingy reality of Grt. Marlbro’ St.

Freedom to go where one liked — choice of Society & little of it. — Conversation of clever men at clubs — Not forced to visit relatives, & to bend in every trifle. — to have the expense & anxiety of children — perhaps quarelling — Loss of time. — cannot read in the Evenings — fatness & idleness — Anxiety & responsibility — less money for books &c — if many children forced to gain one’s bread. — (But then it is very bad for ones health to work too much)

Perhaps my wife wont like London; then the sentence is banishment & degradation into indolent, idle fool —

I must admit, I find Darwin’s private act of decision-making reassuring rather than enraging. Why should anyone feel drawn to the idea of a wife in the abstract? His depiction of both the comforts of married life, and the ways in which it could drain his ambition are in fact quite insightful and accurate.

Very much in contrast, take a look at this Marital Ratings Scale, created in the 1930s to allow people to assess the quality of their marriage. In fairness, they could be highly useful if you were deciding whether or not to leave your partner – should they ever fill in one of these forms, you would surely have good cause to petition for divorce, no? 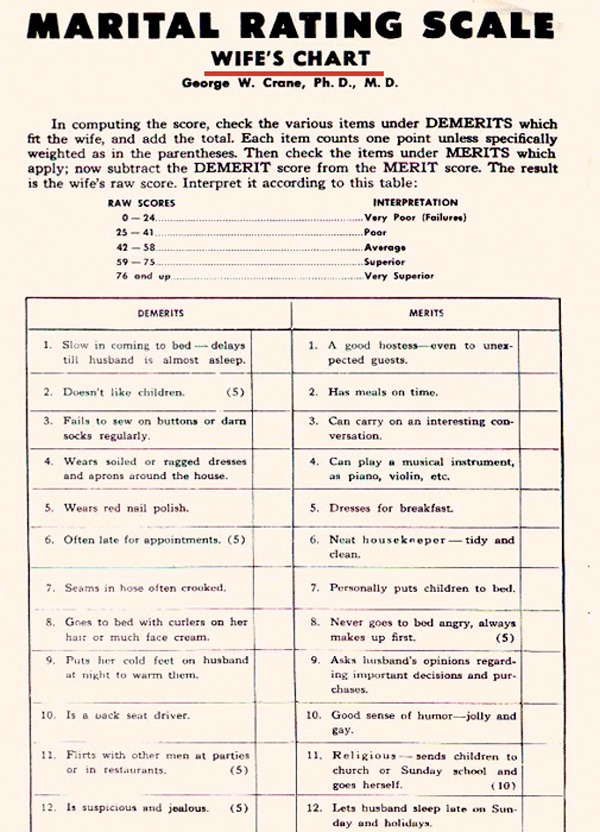 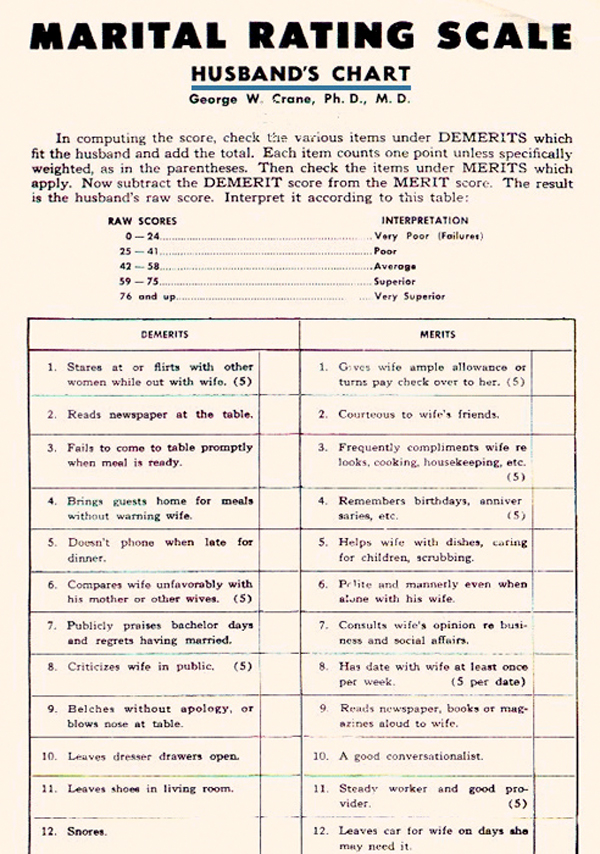