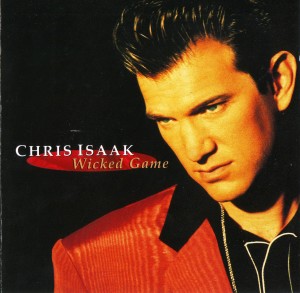 A tweet by @samaryd last week inspired a discussion on songs which reminded you of sex or as Sam calls it, ‘Songs that wake your inner..Hello Sailor.’ These songs may not remind you of a person or a specific time that you had but just make you think of sex.

Sam’s suggestion for her all time Hello Sailor track was Need You Tonight by INXS. Most females or indeed anyone with a pulse can agree that this is song that oozes with sex. It isn’t just the words, which say exactly what what he wants from you; there is also Michael Hutchence. There was something very sexual about him, in fact there was so much sex in Michael that he even died through having sexy time with himself.

My own personal song is Wicked Game by Chris Isaak. The words are about falling in love with someone who is playing a game so the attraction of this song for me is his voice, which in this song goes straight to my girl bits. Literally.

Wicked Game doesn’t remind me of anyone in particular but someone I like and in a particularly flirty period once text me to say he was in a coffee shop and Wicked Game was playing and it made him think of me…. Now that will get him the good stuff.

Sam has created an Hello Sailor Spotify playlist and we asked other people to contribute. This caused some debate as everyone’s taste is different. For example Let’s Get It On by Marvin Gaye was suggested but many other people said no it was cringey, or too full on.

Other suggestions have included:

A song for Lovers – Richard Ashcroft

Let’s Do it – Ella Fitzgerald

And oddly I Think We’re Alone Now by Tiffany……

You can find the Spotify playlist here; feel free to add your songs. We can’t work out how to do it on Spotify, but maybe you can. Failing that, add your suggestion to the comments below, or tweet us.