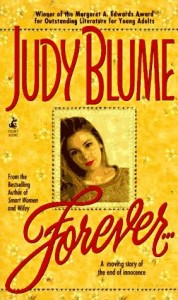 Well, we Mucky Bookers are ridiculously excited about this month’s read. Judy Blume’s Forever is an icon of our teenage years – either by whispered reputation, or via the dog-eared copy passed around the classroom, which mysteriously fell open at the dirty bits.

Forever is the story of Katherine and Michael, a teenage couple whose romance leads to the loss of Katherine’s virginity. Written for young adults in 1975, it caused a minor scandal, and is the mother (grandmother?) of today’s sex-positive teen reads.

For many of us, Forever was our first introduction into the world of mucky books, devoured with a mixture of delight and incredulity that such issues could be marketed to us. What will we think of it now, returning as adults?

– live at The Ship, Wandsworth at 7pm

If you can’t make it on 28th, don’t despair – read along anyway, and add your comments to the bottom of this post!

The Mucky Book Club is open to anyone who would like to take part. If you’d like to join our mailing list (so that we can send updates to you via email), please use the form below.

The Mystery of Marriage

Erm, well, in all honesty, this British Pathé film from 1931 makes it far more mysterious than I ever thought possible.

I think this is a film about sex, but it gets there via a circuitous route involving mould (‘mould is most particular about whom it marries…’), sticklebacks and an alarming amount of spiders (arachnophobes be warned).

Any footage actually involving human beings is strangely rapey. But on the whole, it’s worth it for the quote: ‘It’s fatal to allow anything female to become bored.’

Video Review – The Kama Sutra in Pop -Up

My video review of this reinvented classic by Sir Richard Burton and F F Arbuthnot.

Things to Make and Do – Pornogami

I have acquired a new title in my ever-burgeoning library of filth: Pornogami, A Guide to the Ancient Art of Paper-Folding for Adults. 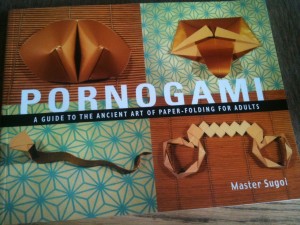 It’s brilliant, with projects ranging from the practical (rope) to the inadvisable (condom) to the just plain mystifying (ovum).

In true BettyHerbert.com style, I though I’d offer you a practical demonstration rather than a review. So, in an aslant homage to 70s children’s TV, I present to you: Things to Make and Do, The Pornogami Vagina.

You were supposed to get a penis version too, but it didn’t go quite as well. 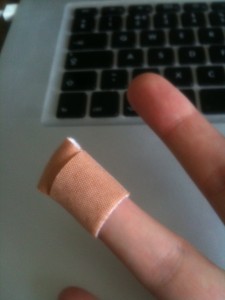 Pornogami, A Guide to the Ancient Art of Paper-Folding for Adults by Master Sugoi is published by Green Candy Press

Deep Purple has fallen out of print in the UK, but plenty of copies are available on Amazon.

– live at The Ship, Wandsworth at 7pm
– on Twitter from 7.30pm under the hashtag #muckybooks

*
If you can’t make it on 9th, don’t despair – read along anyway, and add your comments to the bottom of this post!

*
The Mucky Book Club is open to anyone who would like to take part. If you’d like to join our mailing list (so that we can send updates to you via email), please use the form below.

The Trouble with Love and Sex

This is just a short post to recommend a brilliant programme from BBC 2 last week. 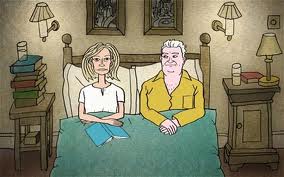 Wonderland: The Trouble with Love and Sex was based on recordings of real couples undergoing counselling with Relate. One couple struggle to maintain intimacy with a growing family to care for; another come to salvage a 33-year relationship that seemed to have hit the rocks. A third man enters the consulting room alone, trying to explore why he is unable to form the romantic relationships he so desperately yearns for.

The bravery of the participating people is given a helping hand by the format of the show – the original sound recording remains intact, but the visuals are animated to wonderful effect. 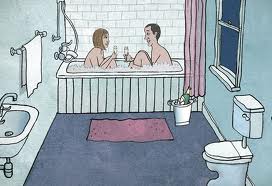 Anyone who’s been in a relationship knows how hard it is to keep going, year in, year out. This show had me nodding (and sniffling) in recognition at so many points. Essential viewing.

Watch Wonderland: The Trouble with Love and Sex on iPlayer. 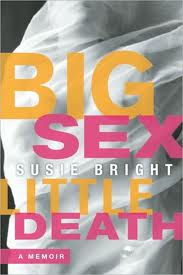 Big Sex Little Death is a memoir by Susie Bright, a bad ass sex-positive lesbian feminist. As often as I’ve heard her name, I hadn’t read too much of her work until I saw her reading one of her stories on a youtube video. That story, The Best She’s Ever Had, kinda blew my mind. She’s talking about a woman who likes to give blow jobs but shies away from any pleasure of her own. At the time, I was in the middle of outgrowing that stage of my sexuality and to hear someone like Susie Bright describe the Blow Job Queen persona in such perfect detail floored me.

So did her memoir.

Once Susie moves from her mom’s home to her father’s at age 14, she starts to explore sex and socialists with fierce passion. She leaves home for Detroit without finishing high school in California, all in the name of spreading Communism. When that road ends for her, she starts working with On Our Backs, a truth-telling lesbian sex magazine that’s the first of its kind. Their mission is female sexual honesty. No poses designed for men; these women show their own truth about sex in the pictures & articles they print.

That’s so common sense – women being honest about how they feel sexually & posing themselves rather than being posed for a mainstream male eye – but this was the first time I’d really thought about this. And it was mind-bending to think of a pose that wasn’t copied from countless magazine ads I’ve seen in my lifetime.

On Our Backs struggled because the print world wasn’t ready for honesty about female sexuality. Once again, Susie was given an opportunity to reinvent herself & give her passion a new avenue; this time, her ardent advocacy blossomed in becoming a mother. Big Sex Little Death winds down as Susie learns to be a good mother to her daughter Aretha and it’s such an emotionally satisfying ending that I didn’t see coming when I began the book.  Motherhood may seem a neat end Susie’s memoir, like oh she gave up her wanton & controversial lifestyle to be a good mother, like all women should, but it isn’t like that at all. I think Susie Bright’s courage & faith in herself allow her to follow her heart, whether her decisions are considered controversial or old-fashioned. And to me, that’s the whole point of feminism: there’s room for any lifestyle a woman wants to live, if she chooses to live it.

I felt so sad for this book to end that I started buying other Susie Bright books. Aside from my own personal a-ha’s!, Big Sex Little Death has plenty of adventure & drama, all well told in Susie’s clear voice. Sex, drugs, Playboy bunnies, violence, guns & politics – she’s got it all!