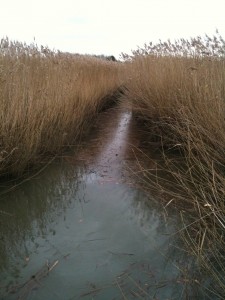 We all agree that we need this, but for very different reasons.

In the planning phase, it was called a girls’ weekend, but that stretches the definition of the term. There are no nightclubs or tanks of chardonnay, just a flat in a remote part of Suffolk overlooking a reed-bed. One of us brings a face pack, which we all apply somewhat gingerly on Saturday afternoon, but that’s about as girly as we get. We spend most of the weekend stomping around muddy country paths and looking out for a somewhat elusive barn owl.

On Friday night, we arrive wired and weary from a long drive after work. We empty carrier bags onto the kitchen table and set about eating the spoils: two pizzas, a selection of Hampshire cheeses, a plate of pata negra and chorizo, a packet of gravadlax, a baguette, a tub of taramasalata and some smoked scallops of which we are all slightly suspicious. Much more traditionally, there is also a large quantity of crisps, which we spent our university lives chomping through.

We agree that we do the food great justice. I make us some blood orange, Campari and prosecco cocktails, the same as I drank a fortnight ago at the River Cafe. We guzzle those and move onto wine. One of us has baked delicious brownies, which we all declare ourselves too full to eat. Mysteriously, some disappear despite this. Two of us attempt a game of Scrabble, which soon deteriorates into a competition to lay the most interesting words. Scoring is rapidly forgotten, as is the entire game.

At some point over the weekend, it occurs to me how sensible we’ve become. We drink lime and soda with our lunch, and carefully get early nights. No-one is sick, not even the one of us who is pregnant (although she threatens it several times). One of us goes for a Sunday morning run. We are old enough to reminisce, but young enough to be full of new plans and schemes. One of us has just landed an exciting new job; one of us has finally met that man we always hoped she would. All of us are old and wise enough to unsentimentally leave our partners behind for the weekend. This feels like progress in itself.

On Sunday, we head into Aldeburgh for fish and chips. Then, after a windy walk on the beach (one of us – ahem – may grumble slightly that her legs are tired), two of us go home, while two of us stay on for another night. We stop off for tea at Snape Maltings, and find ourselves unable to resist a square of sticky ginger cake on the side, despite the hearty lunch.

‘This is why we’re fat and they’re thin,’ says my companion. ‘They have restraint. We don’t.’

And for the first time in my life, I agree without feeling any horror. The wonderful thing about good, old friends is that they don’t care either way.

8 Responses to Blood Orange and Prosecco