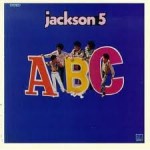 “I’ve been following @52Betty on Twitter for some time and saw her tweet out a request for love song submissions. We have music on in our house all day, every day, and I jumped at the chance to put together a playlist. It’s been fun going down memory lane to come up with these ten songs. My wife and I have been together for ten years – married for seven of them – and have two lovely young boys who we are now trying to get into music beyond their nursery rhyme CDs!”

You can click on the individual tracks to hear them in Spotify, or listen to the whole list here.

Track 1: Down To You by Joni Mitchell

When I got together with my wife things were difficult as I had just accepted an assignment for a year in New York. I remember listening to this album a lot and feeling very melancholy; this is one of the songs I picked for a CD that I made and sent to her while I was there and she was thousands of miles away.

Track 2: You Are My Sunshine by Ray Charles

I actually made my future wife two CDs while I was away, one full of low-tempo songs like Track 1 and another that was much more upbeat; this comes from the latter. I remember having Ray on the stereo a lot whenever we were together and we both still love him.

Track 3: Come Pick Me Up by Ryan Adams

Probably our most listened-to CD in the early years was Ryan Adams’ Heartbreaker. I remember my wife loving this song. Reminds me of when she quit her job and took a big chance by coming over to New York to live with me for the last three months that I was there. Great times.

Track 4: The Way You Look Tonight by Fred Astaire

We picked this as our first dance song for our wedding. We used to watch lots of Fred and Ginger films in our house and loved this. Unfortunately this was really difficult to dance to so we went for the version by Steve Tyrell that was used in the film ‘Father of The Bride’ but I think we both still love this version the best.

Track 5: The Very Thought Of You by Al Bowlly

One of those songs that we’ve played a lot over the years (thanks to an excellent CD called ‘Hits of ’34’) and find ourselves singing to each other while we’re unloading the dishwasher. I completely love this song.

Unashamedly the most-played track in our music library. This was the theme tune of our house-hunting adventures when we were married and decided we wanted to leave London. My wife used to jump in the car, put this on the iPod and we tried to nail all of the lyrics as we sung along.

Track 7: And I by Boyzone

File under guilty pleasures. Again, this song is best-served when the two of you are alone in the car and you can belt out the lyrics at the top of your voice – one of you taking the lead and the other the backing vocals with a few ridiculous flourishes thrown in.

Track 8: The Fountainhead by The Bluetones

Both of us have loved The Bluetones since before we met. Their first album never gets boring. Katie will put this on all the time and we always end up singing it together.

My wife puts up with my Roxette habit and I’m very grateful for it.

If we are ever at a party where there’s a DJ taking requests this is top of my list as my wife loves it and will always dance with me!

← How to Stay Married by Jilly Cooper
Contribute! →